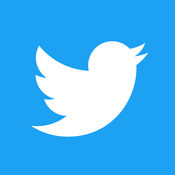 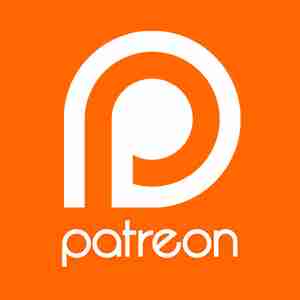 ), and it is true that LS:MP itself has been discreet, we are hoping to correct that in the next weeks. Here we go for this Devblog 4 !

), the access to the new version of the website and of the forum has been reported of a week. The access is available for our beta testers in the dedicated channel. Thank you to them for following provided steps

On the LS:MP side, this week it is your turn to work ! More info just underneath

As previously said, we need you ! There is still a lot to do before a potential release, whether it is about tools around the mod or advances functionalities, we have a lot of ambitions for LS:MP. That is there where you come in action !

We would like to know what are the most long-awaited functionalities by the community, because of that, we established the channel #sondages ( surveys ) on Discord.
The objective, not being to select a functionality to develop and throw the others in a trash, no, the objective is to determine the interest rate of each and every functionality to organize a chronological development order

Therefore, we are waiting for your reactions in #sondages, thank you for following the written rules !

About the subject that caused quite a stir in the channel #general_fr, we wish to give more information possible concerning the LS:MP SDK, for that, I give the floor to Transmet :

For when :
A public version of the SDK should be published soon on our website in the section "Developers" -> "SDK".
We will inform you of its release in the channel #annonces ( announces ) on Discord and in the "Announces" section of the forum.

Global architecture :
Like LS:MP, the SDK is totally optimized. It is absolutely not simple groups of native functions but of “LS:MP functions”. So it contains operations using multiple techniques like memory reading/writing ( securely obviously ), trampolines and other similar joys.
The objective is again, like for LS:MP, to greatly increase final performances : your scripts will not be executed on the main thread of the game, easing it. That thread already having a lot of things to do ( for more information go check the #faq_en channel on discord of the homepage of our website ).
Obviously, the use of native functions is still possible, however, we are recommending you to use as much as possible LS:MP functions.

Capacity :
To allow you to develop in the most powerful way, the SDK is totally asynchronous, it is then essential to master this concept to develop great scripts on LS:MP. Even the SDK is sitting on oriented object programming : classes are put in place to allow you to write the more cleanly and clearly possible your scripts. You can also simply invoke bits of code, with or without arguments, from the server to the clients. And so on !

Languages :
- JavaScript : client and server side. Is the star language of LS:MP and so recommended. Your script will be executed by the powerful V8 engine, with the current ES7 norms. And NodeJS ? It will be available server side, you will then be able to use modules as you wish. - C++ : client and server side. We are not recommending its use client side because of a security reason, a warning will appear before the connection to a server using C++ client side. Any other language planned ? C# may be ported on the SDK, but probably not at the initial release of LS:MP. C++ may permit to the community to create wraps to other languages. Can I use different languages for each sides ? Yes, totally.

Like the last week, there is not a lot of things to say on that subject, the efforts being centered on the website and the SDK.

This is the end of this Devblog 4, see you next Sunday !